March 19, 2008 will go down in the history of the Muslim Community in Michigan as the first organized community effort for interfacing and establishing rapport with the elected officials for the state senate and legislature in Michiganâ€™s capitol, Lansing.

The thought for this effort came through an â€œidea generationâ€ group meeting with US Congressman Keith Ellison over the ISNA weekend in 2007. Congressman Ellison was sharing his experiences in Minnesota and Washington with a group of professionals during ISNA convention. He had noted a lack of community interface with the local elected officials and as a result, â€œthere is a divide between the Muslim community members and their elected leaders.â€ He advised redirecting our political participation from the fruitless style being conducted so far to a proactive political education campaign for the Muslim community and elected officials. He was referring to the Muslim community providing funds and votes for photo opportunities and without any tangible effects on either the political process or the local/national policies. The best place to start is from local base, state capitols – he said.

This advice was taken up by some community activists from Michigan and a â€œMuslim Day at Capitol Committeeâ€ (Committee) was formed to explore conducting a Muslim Day at Capitol, Lansing. The idea got further boost when Imam Noah Seifullah, Chief of Staff to State Rep. Robert Dean of Grand Rapids, offered his full support and agreed to provide the needed logistic help in arranging â€œMuslim Day at Capitolâ€ activities. He was able to reserve a room in Capitol Building for Muslim Day activities and provided a list of house and senate committee meetings scheduled for March 19, 2008. The Committee was able to galvanize community members to take time off on a working day to be in Lansing and provided names of state senators and legislators of the membersâ€™ senate and house districts. Al-Ikhlas Training Academy decided to bring a contingent of its students as part of its educational field trip to Lansing.

When the first â€œMuslim Day at Capitolâ€ arrived in Lansing, the Muslim community made its mark on both houses in Lansing. After welcoming addresses by Imam Noah Seifullah and Rep. Robert Dean, other legislators and senators, or their staff persons, from various Michigan districts were dropping in the reserved room at the Capitol Building to meet and greet their constituents and share ideas. The Mayor of Lansing also sent a staff member to welcome the Muslim community to Lansing. The attendance of Muslim Community was acknowledged on the floors of State Senate and House. When the Muslims stood up in all three wings of the senate and house galleries, the number and the diversity of members with many sisters wearing scarves (hijab) was a sight never seen, as noted by Imam Noah Seifullah, in the history of Michigan Capitol Building.

The Committee had also organized a delicious lunch from Sultan Restaurant of Lansing and invited state political leaders to join Muslim community members in sharing the food. Some senators and legislators took up the offer and joined for a quick lunch. Brief luncheon presentations were made by various community organizations, e.g., CAIR, CIOM, Islamic Shura Council, ISPU, Huda Clinic, etc., for informational purposes. As the â€œMuslim Day at Capitolâ€ was winding down, Senator Hansen Clarke confided to me, â€œIt was beautiful!â€

By 3 PM, when the dayâ€™s activities stopped, the first â€œMuslim Day at Capitolâ€ was able to impress the diversity of the Muslim community on the state political leadership and convey the community issues to some of the leadership. It dispelled the myth that all Muslims are Arabs; they are white, black, brown; they are Africans, Asians, Europeans, Middle Easterners; but, all American Muslims!

The success of the â€œMuslim Day at Capitolâ€ stands as a testament to the hard work of the Committee under the leadership of Br. Mitchell Shamsud-Din and its members, especially, Sr. Reem Abou-Samra, Br. Asad Malik, Br. Farhan Bhatti, Br. Dawud Walid, and Br. Abdullah Muhammad. The Committee must be congratulated for taking up the idea from US Congressman Ellison and shaping it into a practical event. 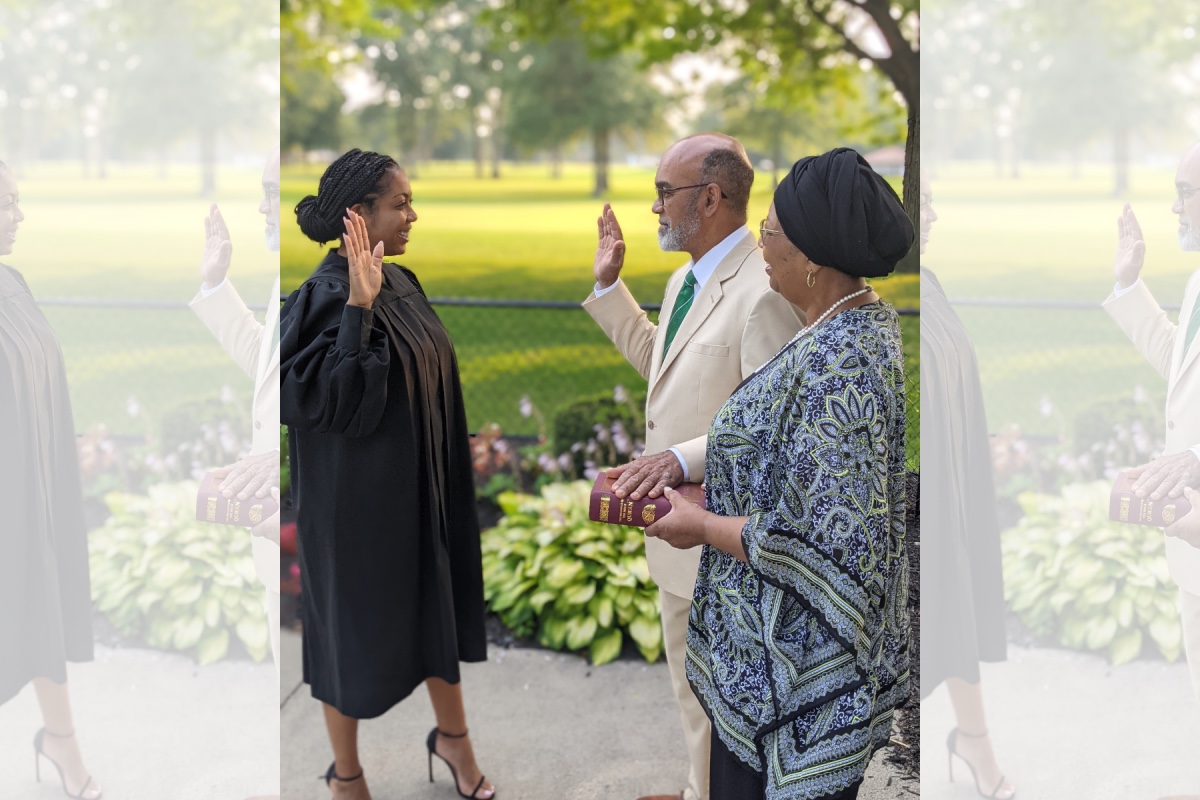 Mauritania to Israeli Embassy: ‘Out’