This article was first published on Jewish News.

A brave Muslim woman who came to the defense of Jewish children subjected to racial abuse on the London underground in a viral video has met the dad whose family she stood up for.

Asma Shuweikh, 36, from Birmingham was hailed as a hero by online users after footage widely shared on social media showed the mum-of-two confronting a man who read anti-Jewish bible passages at two young boys wearing kippot during a journey on the Northern Line.

The video shows the man threatening another commuter off-camera who intervened before Shuweikh stepped in to confront the abuser.

“I tried to bring him down to a level where you can have a conversation so he doesn’t go back to the Jewish family that were on the train,” said Shuweikh.

“I’m a mother and I thought if I were with my children, I would want someone to intervene, and the poor man was trying to keep calm for his children,” she added.

In a statement released by Campaign Against Antisemitism, the father, who did not wish to be named, said he was “extremely grateful” to Shuweikh for stepping in.

“We are certain that without her intervention and distraction, he would have continued his abuse which could have escalated to physical violence,” he said.

“This Tube journey has left me with mixed feelings about society,” he added. “On the one hand my wife, my children and I were subject to vile abuse in a full Tube carriage, however, I am grateful for those who stood up for me.”

The dad met Shuweikh for coffee on Monday in Manchester bearing flowers and thanking her in person for her intervention.

Speaking to Jewish News on Monday, she said: “He came and gave me beautiful flowers and we sat down and had a coffee and we were talking about our experiences and our backgrounds.

“It was very nice. It was lovely. We’re going to keep in touch,” she added.

Shuweikh said she previously faced Islamophobic abuse, recounting an incident in which a motorist threw jelly beans at her face while she was driving. “It hit me in the eye, and he swore at me. We get these things. It’s unacceptable, and I’m the kind of person that if I see that, I can’t be quiet,” she said.

“My faith is what drives me to do this. We always encourage to speak out against injustice,” she added.

Shuweikh, who created a Twitter account to read messages of support, said the response from friends and strangers across both Jewish and Muslim communities had been “very overwhelming.”

“It’s a breath of fresh air. It’s lovely to see communities can come together and put aside our differences,” she said.

A 35-year-old man from Hillingdon, who has not been named by police, was arrested in Birmingham on Saturday on suspicion of a racially aggravated public order offense and later bailed. 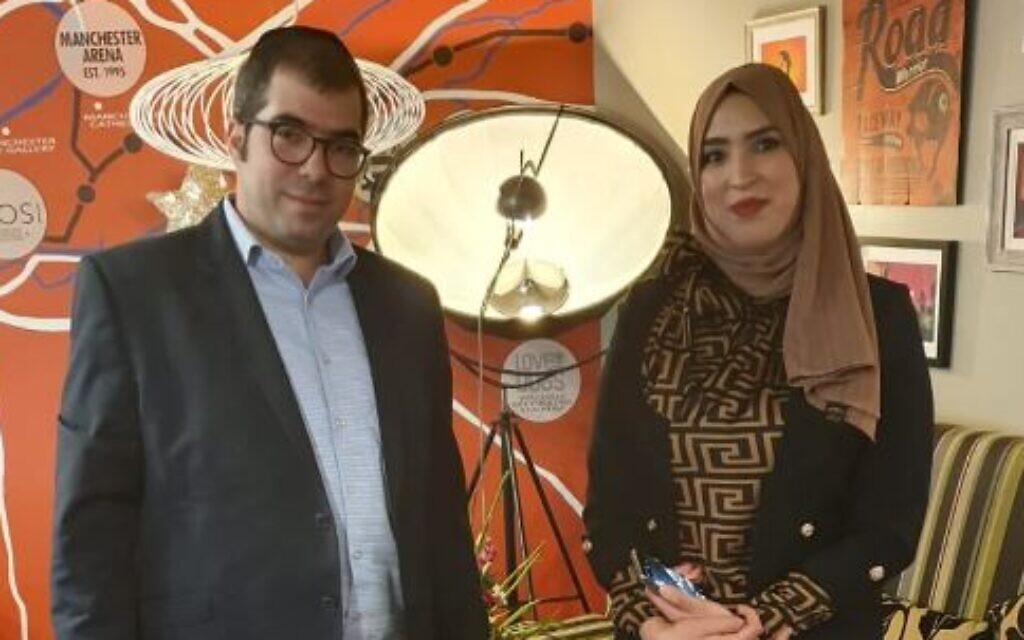 © 2020 MuslimObserver.com, All Rights Reserved
Thanksgiving and Its Discontents