Ayatolla Mahadavi Kani says in a video circulating in social networks that the Jewish scientist found proof to his Theory of Relativity in the ascension of the Prophet Mohammed.

An Iranian cleric claims that the Albert Einstein, the great 20th century scientist who developed the Theory of Relativity, was a Shiitie Muslim, Israel Radio reported on Saturday.
The report cites a video by Ayatolla Mahadavi Kani, described as the head of the Assembly of Experts in the Islamic Republic of Iran, who says that there are documents proving the Jewish scientist embraced Shiite Islam and was an avid follower of Jaâ€™far Al-Sadiq, an eighth-century Shiâ€™i imam.

In the video, Kani quotes Einstein as saying that when he heard about the ascension of the prophet Mohammed (s), â€œa process which was faster than the speed of light,â€ he realized â€œthis is the very same relativity movement that Einstein had understood.â€

The ayatollah adds: â€œEinstein said, â€˜when I heard about the narratives of the prophet Mohamad and that of the Ahle-Beit [prophetâ€™s household] I realized they had understood these things way before us.â€™â€

Reports of Einsteinâ€™s affinity to Islam circulated in 2012 as well, when the grandson of the late Ayatollah Hossein Borujerdi claimed the scientist was â€œcorresponding with the cleric and had admitted Shia Islam was the most scientific and just religion in the world.â€

According to those reports, Einsteinâ€™s correspondence with Ayatollah Borujerdi is kept in a London safe box. Luckily, the readers were provided with the code to open it:  B-Û±Û²-D.E/Û±Û·-V.A.E. 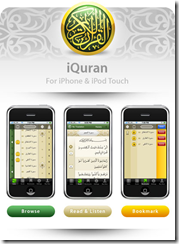 Are Bad Halal Certifiers Driving the Good Certifiers Out?
By Ayub Khan, MMNS The lure of the lucrative Halal market has managed to attract a whole range of purely…

Towards the Liberation of Gaza, Palestine