â€œWe must grant a faster track for the â€˜Dreamersâ€™, brought to this country as children through no faults of their own; to those who have defended USA serving in our armed forces; and to the agricultural workers, who are essential part of our communities and work so hard for provide our nationsâ€™ food supply.â€

These were sentiments expressed, at the Town Hall Meeting, held at the Catholic Charities downtown Houston, by Congresswoman Sheila Jackson Lee, a Senior Member of the House Judiciary and Homeland Security Committee, regarding the passing of the Immigration Reform Bill.

Several individualsâ€™, who have benefited from the efforts of Congresswoman Sheila Jackson Lee Office in avoiding deportations spoke about their ordeal and need to have comprehensive immigration reform, so that people can live productive, happy, and healthy lives with their loved ones. Several community leaders and immigration activists were present and spoke on the occasion including Gordon Quan the former City Councilperson, Mustafa Carroll the Director of CAIR-Texas (Council On American-Islamic Relations), Mehmet Okamus president of the Turkish Center, Saeed Sheikh the Former President of Pakistan Chamber of Commerce, Nargis Fatima of the Democratic Muslim Caucus of Texas, Rahman Moton of Myanmar Chamber of Commerce, and many others.

â€œI am fasting and will fast again until the comprehensive immigration legislation is not passed, to establish a path to citizenship for 11 million undocumented immigrants in this country, as well as protecting the border, as envisaged in HR 1417. I encourage people across USA, and if & when my constituents fast, they should call other Congresspersons & Senators that they are fasting for comprehensive immigration legislation; and need serious commitment from your elected officials to support this initiative.â€

â€œDreamers grew up in the United States, but were brought here through no fault of their own. Nearly 300,000 Dreamers have been granted legal status in the past year, giving them the ability to live in our communities by working and going to college without fear of deportation. Most of the Americans agree that we need a comprehensive immigration reform plan that includes a pathway to citizenship. As per the Center for American Progress, if carried out thoughtfully and fairly, comprehensive immigration reform can offer major benefits for our economy, with growth in GDP by a cumulative increase of $832 Billion and 121,000 new jobs over 10 years.â€ Added the Honorable Congresswoman. 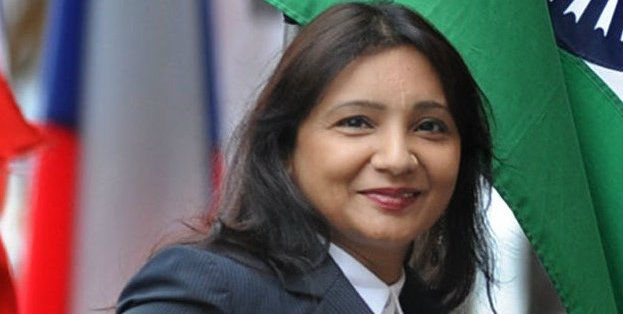 Hajj Fraud Alert: Dar al-Islam Misleads Hajjis by Having Name Similar to reputable Dar el Salam Hajj Agency
By Saba Syed My father had been intending to go for Hajj for most of his adult life.  Over the…

Three Cups of… What?