February 10â€”Farmingtonâ€”The attempted Underwear Bombing has already taken on the aspect of a familiar tableau, with all involved taking their usual hackneyed positionsâ€”the gallant police and intelligence authorities, the heroic passengers, all duped by the diabolically wicked Muslim anti-hero, who despicably and cleverly circumvented all the hurdles in his path in order to do the unthinkable.

But there is another dimension to this story, which shows the extent to which, nearly 10 years after 9/11, there is apparently no thought-through system in place to deal with cases of attempted airline hijackings and bombings, where shadowy people who appear to be affiliated with government agencies interfere with the functioning of airport security, where other shadowy people who appear to be terrorists are allowed to slip through the cracks, and where government officials from top to bottom appear either to lie about events or to be simply incredibly misinformed, or inept.

Kurt and Lori Haskell were together on the eventful trip to and return from Africa; this trip to Africa led him through Amsterdamâ€™s airport and onto flight 253, only a few rows away from a man who had come from Africa towards Detroit but with a very different purpose.

â€œI saw almost everything,â€ he explains, as he was sitting only 8 rows away from the bomber.  â€œHe was in row 19, we were in row 27.â€  â€œThe whole thing took maybe a minute, it was really quick.â€

As he recounts the event, it happened in the final minutes of the flight to Detroit, â€œonly five or ten minutes from landing.â€  A female flight attendant walked past Mr. Haskell saying â€œit smells like smoke,â€ and a few moments later Haskell looked and saw a fire in what had been Umar Farouk Abdul Mutallabâ€™s row.  People were yelling â€œFire! Fire!â€  Someone was yelling â€œTerrorist!â€ A different flight attendant, who Haskell said was a black man named Dionne, put out the fire with a fire extinguisher.  Haskell saw two passengers escorting Mutallab, who was then wearing a blanket where his pants had been, towards first class.

Mutallab has been described as in a â€œtrance-likeâ€ state by one first class passenger who saw him after the event, but the word Haskell uses to describe Mutallab, after what must have been a terrifying and adrenaline-soaked event for all concerned, is â€œemotionless.â€

But this was not the first time Haskell had seen Mutallab.  He had seen him before getting on the plane in Amsterdamâ€”and it was this previous brief encounter which strikes the jarring note of discord between the generally accepted story and the truth of the events of Flight 253.

â€œWe had gone through the security checks,â€ he was sitting on the ground with his wife playing cards, very close to the ticketing agent who allows people to board the airplane, and he noticed what he described as an oddball pair approaching a ticket agent together.  What was striking about the pair was that they were together.  One was an â€œIndian-lookingâ€ man, dressed sharply, described in Haskellâ€™s blog as the â€œsharp-dressed man.â€  He looked about 50 years old, looked wealthy, was wearing a suit.  The other was Mutallab, looking maybe 15 years old, with â€œraggy jeans and a white T-shirt.â€

At the time Haskell understood this to mean that the man (Mutallab) was a refugee.  Mutallab said nothing during the exchange.

The ticketing agent said the sharp-dressed man would have to go to the manager, and she pointed down the hallway, then the â€œoddballs togetherâ€ walked down the hall towards where the manager had pointed.  â€œIt meant so little to me at the time that I didnâ€™t even mention it to my wife,â€ said Haskell.

It would only become significant in the light of the events that unfolded in the last few minutes of Flight 253.  Fast forward to a blanketed Mutallab being escorted to the front of the airplane.

The plane had nearly finished the flight when Mutallab attempted to ignite the explosive in his underwearâ€¦ and the ensuing pandemonium only lasted about a minute.  The pilot requested emergency clearance to land, and it was only a short time before the passengers of the flight were all on land, however this is where Haskell witnessed â€œall [the] screwupsâ€ of security personnel in dealing with this attempted bombing.

First the plane spent about 20 to 30 minutes on the runway, explained Haskell.  â€œWe taxied to the gate, which was a big mistakeâ€”we didnâ€™t know if there were other bombs on board, or accomplices.â€  â€œThey could have blown up the entire terminal,â€ Haskell said.

That seems unlikely, since if the terrorists wanted to bomb an airport terminal it seems unnecessary to fly several thousand miles after getting through airport security in Amsterdam.

Haskell explained that the police got on the plane.  Haskell said he had expected an emergency evacuation. â€œWe donâ€™t know how dangerous the situation is,â€ he said.  The police said nobody could get off the plane.  Haskell was apprehensive that there was another bomb on board.

â€œThe police never came out of first class,â€ he said, â€œthey didnâ€™t check on the welfare of the other passengers.â€  â€œThe police escorted Mutallab off the planeâ€”he stood in the aisle for about 10 seconds, and I got a good lookâ€”he was wearing handcuffs.â€  That was the first time that Haskell knew Mutallab was a terrorist, he said.

â€œThen we were allowed to get off the plane, they let us take all carry-ons off.  Big mistake.  Disturbing the crime scene.â€  Mutallab had told the police, Haskell later learned (from news reports and from a client of his who works at the airport), that there was a bomb still on board the planeâ€”but the police never searched the carry-on bags.

â€œWe walked onto the runway, and were escorted to an evacuated baggage claim.  Nobody else was around.  We stood there for an hour.  There were bomb sniffing dogs, 3 of them.  One of them sniffed something in the bag of an Indian man, the â€˜man in orange,â€™ who was wearing an orange shirt.  The dog sat down, which indicates he found an explosive.â€

â€œImmediately the man was taken away, but not handcuffed.â€  He was interviewed in a room, â€œwe couldnâ€™t see inside the room but we could see the door.  Then he was taken out, handcuffed, and taken away.â€

An officer came and moved the passengers to another area, saying it was â€œnot safe here,â€ saying that everyone had seen what had happened earlier (with the man in orange) and could draw their own conclusions about why it wasnâ€™t safe there.

The Flight 253 passengers were then moved, Haskell explained, to â€œa long narrow hallway, where we were held for four hours.  We couldnâ€™t talk on cell phones, or text anybody.â€ They were not allowed to eat or drink.  â€œMostly we were not allowed to use the bathroom,â€ he said.

Then, after several hours, a man came up to the passengers and said, â€œWe believe we have those responsible in custodyâ€â€”the passengers were then â€œfree to goâ€ after short interviews with the FBI.  Haskell did his interview with the FBI and went home.

Haskell emphasizes their use of the plural â€œthose involvedâ€ rather than the singular â€œthe one involved.â€

The passengers of Flight 253 do not have any formal organization, however Haskell explains that many of the passengers have emailed him through his website, and being in contact with the other passengers he has found one woman who publicly said that she saw Mutallab during his security exam (during which she said he appeared nervous and sweated profusely and ran his hands through his hair) and learned of another passenger whose name has not been made publicâ€”who is said to have video-taped the entire terrorist incident on the airplane.

Haskell explains that the video recording was made by a Dutch man who bought a camcorder on his way to visit New York City, and was operating it during the incident because he wanted to learn how to use it, or test it.  According to Haskellâ€™s sources this manâ€™s video is now in the possession of government authorities, however the man has several photographs from the flight still in his possession, and Haskell believes there is a good chance those stills include at least one of the man in orange.

Haskell is astonished at the lack of interest in his story from mainstream media outlets.  Haskellâ€™s eyewitness account strongly indicates government complicity in transporting Mutallab, and also strongly indicates at least one other bomber was on Flight 253.

However, there is minimal interest in his story, and Haskell feels he has been maligned and his story undermined by official reports.  According to what Haskell saw, either there was another bomber involved, or there was a case of mistaken attribution of terrorist intent against the man in orangeâ€”and if so that man must have a motive to expose what has happened to him.  Haskell fully believes there was another terrorist whose involvement is being covered up by law enforcement authorities.

However, Haskell does believe, based on what he saw and based on cryptic statements from government officials that intelligence officials sometimes let known terrorists into the country in order to track them and see who they contact, that the US government did fully intend to let Mutallab into the country in order to watch him, but did not know that Mutallab never intended to actually arrive at Detroit airport and had stuffed explosives in his underwear in order to kill everyone onboard his airplane before ever touching down in Detroit.

Haskellâ€™s feeling about the incident seems to be primarily one of astonishment at the actions of his own government and the American press to the incident.
If Haskellâ€™s story is wrong, he argues, why is it that no Dutch security video has been released of the events at Amsterdam airport?

â€œWhy arenâ€™t they releasing the video, if my story is not true? Why is the media totally ignoring what I have to say?â€ 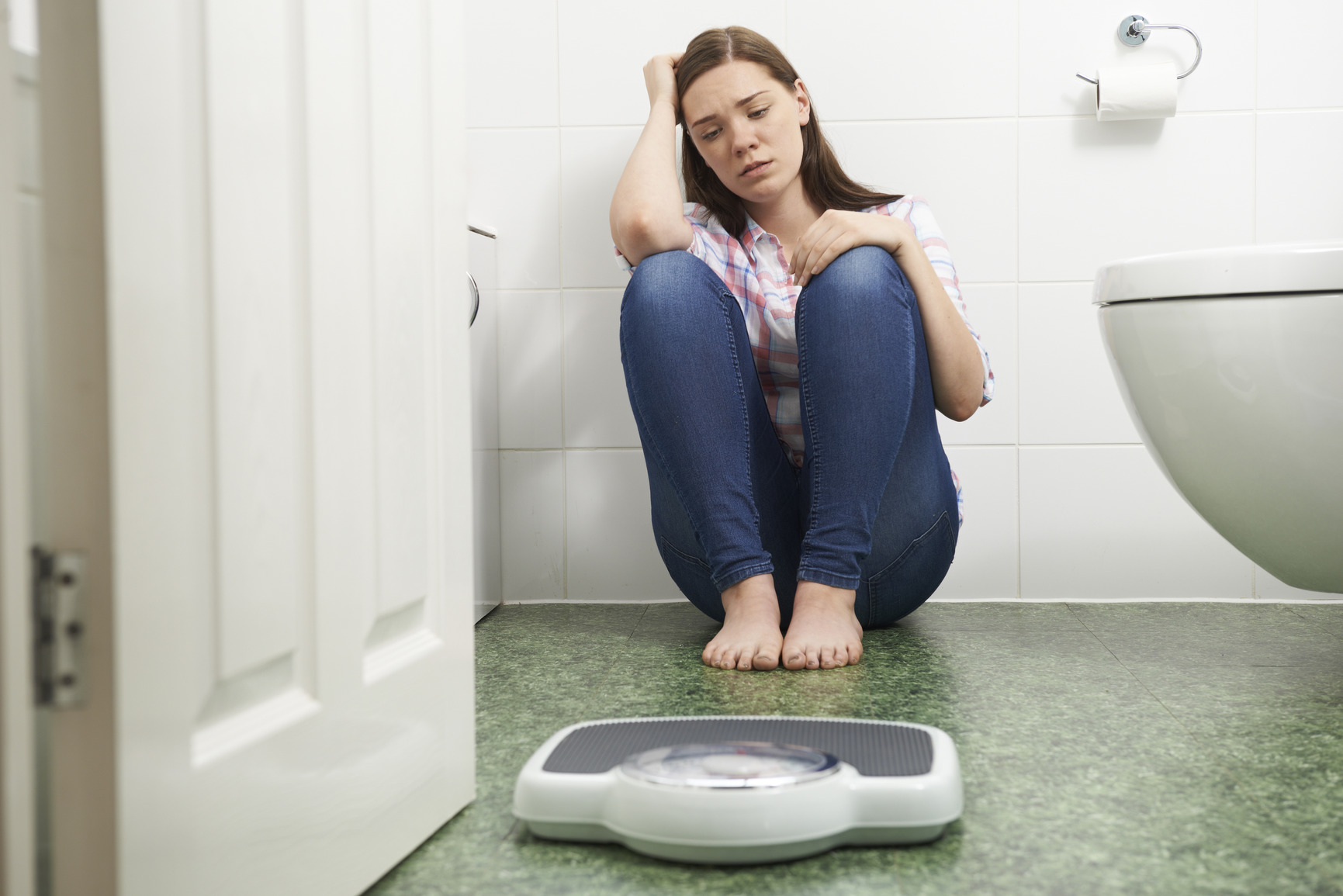 Muslim women have to deal with body image, too

Who is Behind the Iranian Protests?

The Gulf Between Perception & Reality of Muslims
By Aijaz Zaka Syed Ali ibn Abi Talib, the fourth rightly guided Caliph of Islam, is noted for both his…