NEW DELHI: Multiple blasts rocked Delhi Saturday evening within 45 minutes leaving at least 20 dead and more than 90 injured (September 13). The first explosion occurred at Gaffar Market in Karol Bagh, North Delhi. This blast took place in a CNG (compressed natural gas) auto-rickshaw and was followed by a blast in the gas-cylinder kept on a scooter right behind it. The impact of the blast was such that the auto rickshaw (three-wheeler) was tossed up in the air by at least 12 feet and got entangled in the overhead electrical wires, according to eyewitnesses. Within minutes, blasts on Barakhambha road went off near Metro Station in Connaught Place (CP), Central Delhi. These were followed by twin blasts in Greater Kailash (GK)â€™s M-Block market (South Delhi), which was immediately shut down. While one bomb in GK was said to be placed in a dustbin, the other in a scooter.

A high alert was sounded in Delhi, neighboring areas and all major cities of the country. â€œAn alert has been sounded in the wake of the series of blasts in Delhi caused by bombs,â€ a Delhi police spokesman said.

At least ten shops were damaged in GK. In Karol Bagh, parked cars and motorbikes were badly damaged. The worst affected was Karol Bagh with bloodstains on roadsides, abandoned shoes together with personal belongings and badly damaged cars as well as mangled motorbikes telling the gruesome details.

Ambulances were immediately rushed to affected areas and injured shifted to nearby hospitals.Bomb disposal squads were rushed to all affected sites, which were cordoned off and the traffic diverted. Security was beefed up at sensitive points, including Metro and railway stations with metal detectors being placed at major market areas.

Though a terrorist group â€“ called Indian Mujahideen claimed responsibility for bomb blasts, Delhi police refrained from confirming this. â€œThe Indian Mujahideen has claimed something but we are not very sure about it,â€ Delhi Police Joint Commissioner Karnail Singh said. â€œWhether it is Indian Mujahideen or anyone else, we want to arrest those behind it,â€ he said. Asserting that there was â€œno lapse in security,â€ Singh said: â€œWe had no intelligence about the blasts.â€

The police claimed to have defused four live bombs, one near India Gate, another near Regal cinema and two at central park in CP.

Minutes ahead of serial blasts, an e-mail was sent to media organiztions stating: â€œIndian Mujahideen strikes back once more. Within 5 minutes from now… This time with the Message of Death, dreadfully terrorizing you for your sins.â€ The message from email id, al_arbi_delhi@yahoo.com, also said: â€œDo whatever you want and stop us if you can.â€

Prime Minister Manmohan Singh strongly condemned the serial blasts and expressed grief over loss of lives. He appealed to the people to remain calm. Congress chief Sonia Gandhi described blasts as â€œdastardlyâ€ and an act of â€œcowardiceâ€. Those behind the blasts will not spared and they have place in civilized society, she said.

President Pratibha Devisingh Patil, Vice President Hamid Ansari and Home Minister Shivraj Patil also condemned the blasts and appealed to the people not to panic. Condemning the blasts, Delhi Chief Minister Shiela Dikshit said: â€œWe must keep calm and peace at this moment of hour otherwise those behind this sinister attack will get the impression that they have succeeded in their aim.â€

Gujarat Chief Minister Narendra Modi claimed that he had alerted the Prime Minister more than a week ago about a possible terror strike in Delhi. Condemning the blasts, the Bharatiya Janata Party (BJP) leaders, including L.K. Advani, Rajnath Singh and Modi blamed the government for not having heeded the â€œwarning.â€

Stating that â€œno words can suffice condemnationâ€ of the blasts, former primer minister, senior BJP leader, Atal Behari Vajpayee said: â€œThe explosions that rocked the city are part of the conspiracy to spread terror and unrest in the country which reflects frustration of the perpetrators of the dastardly act.â€

â€œThe meeting was held to review Saturdayâ€™s incidents on basis of whatever information is available,â€ Gupta said. Without elaborating on specific measures that may have delved on at the meeting, Gupta said: â€œWe have discussed various measures that may be needed not only in Delhi but other major cities… After each incident you gain experience.â€ The government will work on measures needed in a time-bound manner and try to develop some doâ€™s and dontâ€™s as precautionary steps on which the ministry would advise all states, Gupta said. The union home ministry is taking all measures to â€œfill up any kind of gap, strengthening the machinery, the system and processes,â€ he said. â€œAll matters would be put at the highest level, wherever necessary, with respect to any particular decision,â€ Gupta said.

Refraining from giving any direct reply on who could be responsible for serial blasts in several cities within a short span of time, Gupta said at this point of time focus should be on the investigations going on. â€œNeither you (media) or anybody should say or do anything which creates unnecessary apprehensions or whips up any kind of panic,â€ he said.

While addressing another gathering, Patil said that the government was taking all possible measures to check terrorist incidents. â€œThe terrorists are trying to spread fear and terror among people through their evil designs. We will not allow them to succeed in it,â€ he said. â€œA thorough probe will be conducted and those guilty will be punished according to the law,â€ he said.

It is noteworthy that authorities are exercising caution in not blaming any particular religious or organization for the Delhi blasts. Earlier in the week (September 10), a delegation led by Shahi Imam of Delhiâ€™s Jama Masjid, Maulauna Ahmed Bukhari met Prime Minister Singh questioning â€œdouble standardsâ€ exercised by Indian administration against terrorism, with Muslims being the main victims.

They demanded setting up of a judicial commission to probe into arrest of many Muslims as suspected terrorists, despite their being no substantial evidence against them. The judicial commission, they suggested, should have a proper representation of minorities to look into cases of those arrested from minority community in various terrorism-related cases, prior to judicial proceedings.

Besides, they blamed right-winged extremist groups, linked with saffron brigade- the Vishwa Hindu Parishad (VHP) and Bajrang Dal for playing a major role in organizing terrorist attacks in India. The Muslim delegation pressed on the Prime Minister the need for a high level inquiry into role of VHP and Bajrang Dal in recent blasts in the country.

Bukhari also drew Singhâ€™s attention to only either â€œpoorâ€ or rising young, Muslims being dubbed as terrorists. â€œWhile the poor cannot afford to approach courts, for the educated youth an arrest as a terrorist spells end of his career and misfortune for his whole family,â€ Bukhari told this correspondent. â€œWe also urged the Prime Minister to look into arrests of Muslims as alleged terrorists, who have been in jail for more than two years, without any charges having been proved against them,â€ Bukhari said.

Blaming administration for following double standards, Bukhari said: â€œMuslims are being harassed and arrested in the name of being masterminds in terror acts that occur in the country or for having relations with a banned organization without any evidence on one hand without any proof. On the other, no action is taken against activities of VHP and Bajrang Dal.â€

Bukhari met the Prime Minister in continuation of a drive he has begun recently questioning indiscriminate arrest of Muslim youths as suspected terrorists despite there being no evidence to substantiate these charges. A few days ago, Bukhari sent a one-page letter to prominent Muslim organizations and institutions suggesting a nation-wide all-party meeting to form a consensus and strategy on the steps that should be taken when innocent Muslims are arrested in the name of war against terrorism.

Among those who have supported Bukhariâ€™s proposal are rector of Darul Uloom Deoband Maulana Marghoobur Rahman, rector of Madrasa Mazahirul Uloom (wakf) Maulana Mohammad Saidi, and president of Tanzeem Ulama-e-Hind Maulana Ahmad Khizr. Maulana Arshad Madani and Maulana Mehmood Madani (a legislator) linked with Jamiat Ulama-i-Hind (JUH) have also responded positively to the proposal. It is to be pursued actively after the month of Ramadan, sources said. 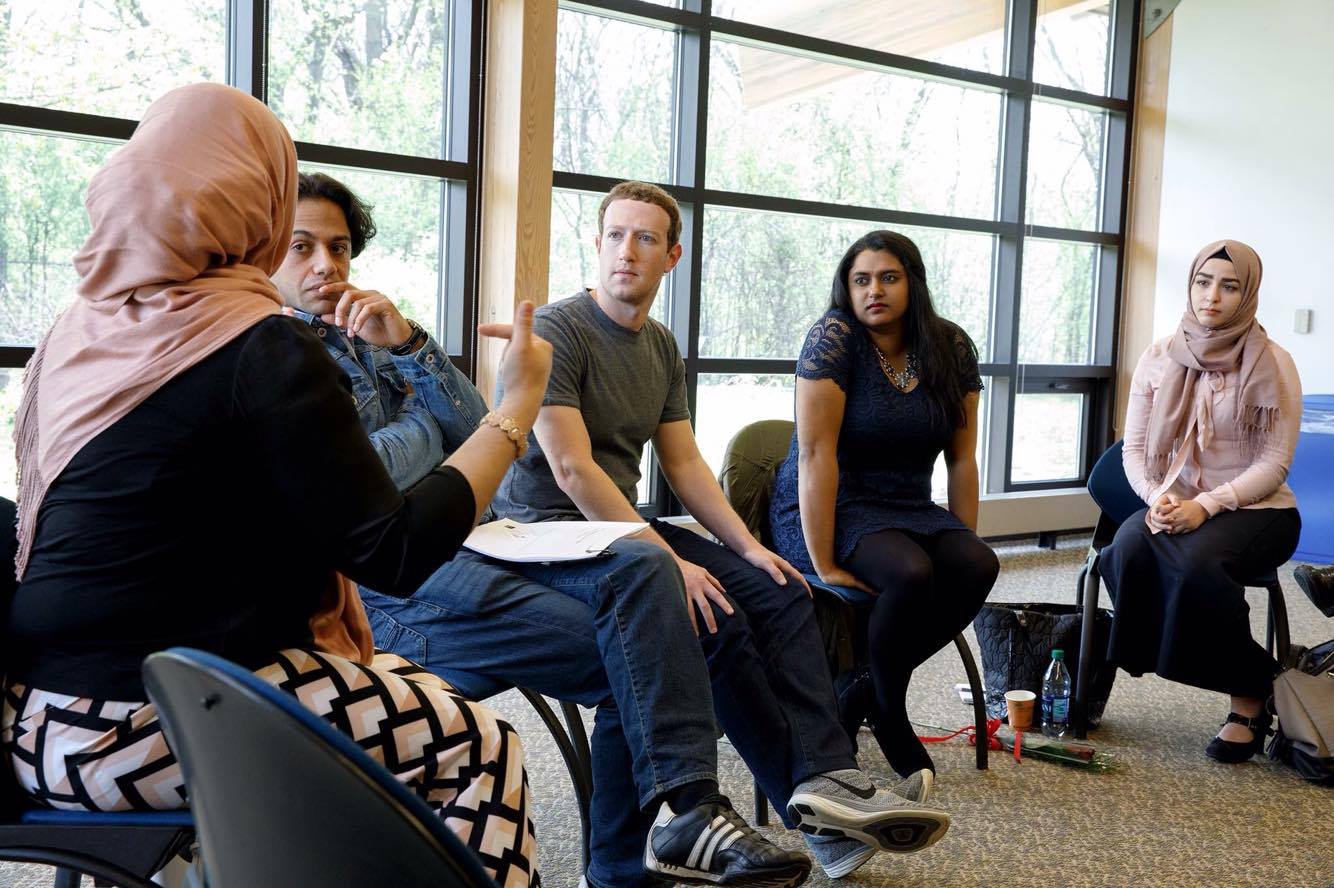 © 2020 MuslimObserver.com, All Rights Reserved
The Tiny Treasures of ‘Mia Mia’ Iranian Envoy On His Country’s Nuclear Program…
Scroll to top