Searching for the Divine in Contemporary Islamic Art, an exhibition of paintings by newly juried Torpedo Factory Artists’ Association member Ahmed Ansari, is on display in TAG (Gallery 311) in Alexandria, VA, until June 18.

Apprehension and misunderstandings abound when discussing Islam and Muslims. This exhibit extols the beauty and simplicity of some of the basic tenets of the Quran and names of God rendered in traditional Islamic calligraphy interpreted in abstract forms. The paintings are meant to break away from a single audience of fellow Muslims and reach across the divide to a shared appreciation of the Divine. The timing of this exhibit is fitting given that May 27, 2017, marked the first day of Ramadan, a month of fasting and spiritual pursuits amongst all Muslims worldwide.

Ansari was born and raised in Mumbai, India. After attending India’s prestigious Sir J.J. Institute of Applied Arts, Ansari’s career as a graphic designer and art director led him to positions in the United Arab Emirates and Saudi Arabia. In 1990, he immigrated to the United States where he continued his career in publishing, graphic design and digital media.

In 2015, Ansari began his second career in fine art after he lost much of his eyesight to glaucoma. He focuses his work on his life-long love of Arabic calligraphy and painting.

“Being a Muslim in America has always had its challenges and rewards; challenging because Islam and Muslims are often misunderstood by society, and rewarding because I’ve always had the space and opportunity to address those misunderstandings through my art.”

Ansari currently resides in Chantilly, Virginia, and was juried into the Torpedo Factory Artists’ Association in April 2017. 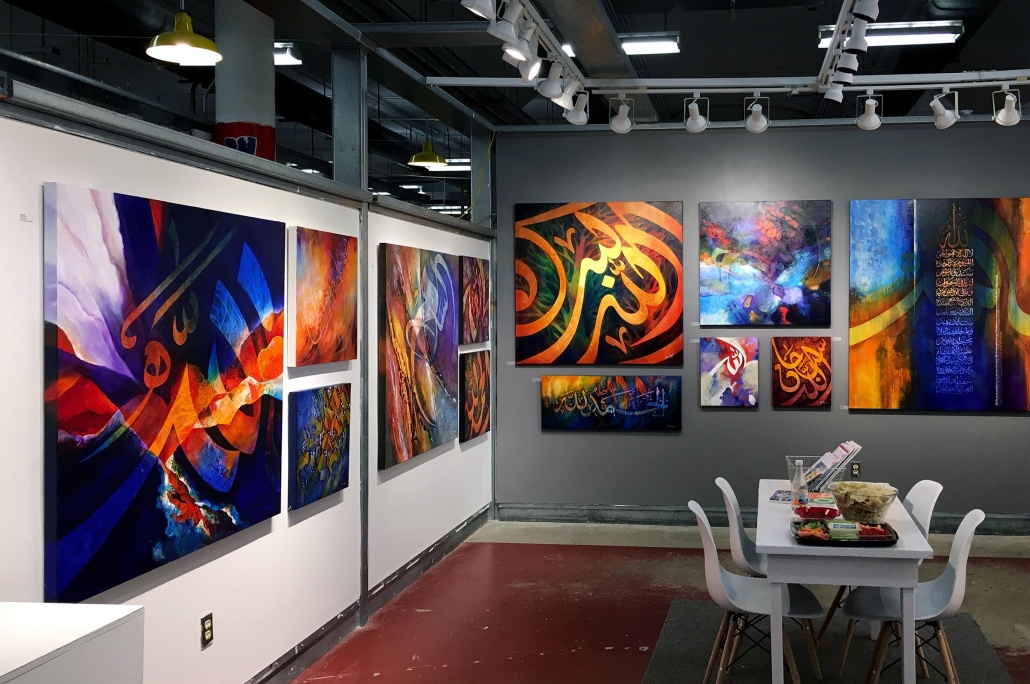 Reviving the Lost Art of Forgiveness in Islam
Scroll to top