A woman is suing Chicago rapper Lupe Fiasco, claiming she was injured when he fell off the stage at a 2007 concert on Chicagoâ€™s South Side. The concert was sponsored by the social advocacy organization Inner City Muslim Action Network.

During the performance by Fiasco, whose real name is Wasalu Muhammad Jaco, the rapper fell off the stage onto the woman , the suit alleged, causing her unspecified injuries.

Umar is asking for damages in excess of $50,000 for lost wages, medical expenses and physical and emotional trauma from the incident.

Thanks offered for Chandlerâ€™s first mosque

CHANDLER, AZ (News Agencies)—Muslim community offered thanks to city officials, a neighboring Church, and a host of the other people for their help making their dream of a mosque come true. The Islamic Center of East Valley is the first mosque in the area.

It has endure 12 long years of delays including financial crunch and opposition from neighbors. But in the end reason prevailed and the mosque in now functioning.

Holy Trinity Pastor Scott Thompson said when the Muslim group asked for prayer space on Fridays several years ago, his Christian church offered a large meeting hall â€œto be a good neighbor and help out these folks.â€

Arif Kazmi, a Chandler engineer and former chairman of the cityâ€™s Human Relations Commission, directed the mosqueâ€™s planning and construction. He said the religious group purchased the land in 1996 and spent years on design and on securing permits to bring a mosque closer to residents of Chandler and Gilbert.

Before the city will agree to provide sewer service to the proposed site on U.S. 51, it is requiring a master plan for development of it and the surrounding commercially zoned area. No such plan exists, and the surrounding 40 acres belong to a landowner who opposes construction of the mosque, the Islamic house of prayer.

In a letter to the commission, Mayor Mary Hawkins Butler said the city â€œfeels strongly that such guidelines are essential for the orderly and systematic development of this area, and the city is unwilling to change its position.â€ The supervisors thereby had rejected the mosqueâ€™s application.

HONOLULU–  A legislative resolution designating Sept. 24 as â€œIslam Dayâ€ is generating criticism from mainland residents who say they will not travel to Hawaii because of it.

The measure also has divided Republicans who disagree over its legitimacy and meaning.

Resolution author Rep. Lyla Berg, a Democrat from Hahaione Valley-Aina Haina, said it was meant to foster awareness of and education about Islam.

She notes that Hawaii recognizes similar dates, including those relating to Buddhism, Bahaâ€™i and Christianity.

But some mainland residents reacted to news of the Islam resolution by sending e-mails criticizing it and declaring they would not visit Hawaii. Gov. Linda Lingle calls the measure unnecessary, and said it drew the wrong kind of attention to Hawaii.

Overlooked in the controversy over Islam Day is a new law passed by the Legislature during this yearâ€™s session designating Sept. 11 as Patriot Day in honor of the victims killed in the 2001 terrorist attacks and acknowledging the bravery of those who assisted in rescue efforts.

High Achieving students to be honored in Riverside

RIVERSIDE, CA–The Islamic Center of Riverside is holding its seventh annual scholarship and graduation dinner June 14. The center will hand out $16,000 in scholarships and other awards to high school and college students from throughout the Inland area.

This year will feature the first essay contest. Topics include improving U.S. relations with the Muslim world and developing strategies to strengthen a mosque. Another is the contributions of Muslims to U.S. society.

Sarah Dajani, a graduating senior, at the famed Princeton University has been recognized for her achievements and service on class day. She received the Harold Wills Dodds Prize which is named after the universityâ€™s 15th president. It recognizes seniors who best embody the qualities of Dodds, â€œparticularly in the qualities of clear thinking, moral courage, a patient and judicious regard for the opinions of others, and a thorough devotion to the welfare of the University and to the life of the mind.â€

Dajani helped foster dialogue between different religious and cultural groups on campus as president of the Muslim Students Association. A Woodrow Wilson School major, Dajani was a member of the Religious Life Council and the Universityâ€™s Priorities Committee. She also wrote for The Daily Princetonian student newspaper as a reporter and opinion columnist.

More than $5.1B in Texas Bond Elections to be Decided 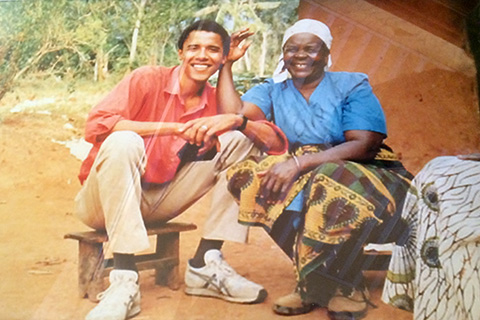