A Tribute to Dr. Maher Hathout

So, we will not be able to pick up the phone and call him anymore seeking his opinions and guidance on matters that are often beyond our intellectual confines. But, the methodology to reflect on issues that he taught us is with us and would help us to tackle all that we face or may face confidently, boldly and sincerely.

He did not want us to be his followers but leaders, a concept that we discovered much later in our journey of Muslim work in America. That was Maher Hathout, a man who I came to know closely during the last 25 years.

Dr. Fathi Osman, with whom I had the privilege to work in London, asked me to move to Los Angeles in 1989 to focus on the Minaret magazine and introduced me to Dr. Maher Hathout first time. For almost 16 years, there was not a single day when we did not talk, or meet or attend a function or share a forum pertaining to every aspect of Muslim life in America.

However, busy he was, he remained focused on his weekly discussion on the Quran and the methodology to comprehend it. He wanted each one of us to understand the Quran on our own and view and review everything that we face in its guidance. He was confident in our ability to relate to the divine message. He was confident in our efforts to serve the community. This is what he taught us and this is what lived for.

Many of us learned the Quran under his caring eyes from cover to cover. It was like taking a bath every day in the purest of the purest water. There was no tafsir, no opinions of any scholar, only our own intellect at our own mercy, a path that many deem dangerous, a path that many would forbid Muslims to take and a methodology that not many in our long history of guides and teachers had focused. On top of the list of such teachers and guides is the name of Prophet Muhammad (s) who made the Quran a manifesto of the life everyone, he came in contact with. It was that daring and bold methodology that he adopted in his efforts to prepare a younger generation to take up the challenges.

Dr. Hathout wanted all of us to be like a walking and living Quran. He wanted us to be like that not because it was his methodology, but it was the right thing and the only thing that matters in our relations with the creator. Whether we follow that in our life is another thing, but this is what he was and this is what he lived for.

The Quran and its relevance in our times and all times is the title of the man we knew as Maher Hathout. Under his supervision, we were all involved in the course that launched under the title of Quranic understanding for common people, that later inspired many other works on the Quran.

He knew that unless we relate to the Quran we would always be lost in the maze of sects, factions and groups. He knew that the effective unity among Muslims would come when people would understand the purpose of their existence directly through the source that is primary text on the subject. He knew that each individual is capable of relating to the divine message without any third person, not because he was saying so, but because the divine cannot unjust with people by making some more privileged than others.

In this he was in the league of scholars and poet philosophers like Shauqi, Saadi, Rumi and Iqbal in his own way.

This is his greatest contribution to the younger generation, a contribution that the coming generation has yet to grasp. He was of the opinion that only this approach would bring discipline in the community, intellectual integrity as well as sincerity. By saying, he was repeating what the Quran had emphasized and what the Prophet had lived. A true leader is not the one who creates countless followers but who inspire people to become leaders in their own right. He did that.

People would call him a pioneer in focusing on Muslim American identity. Yet this idea was the outcome of his sincere attempt to relate to the Quran. Every stand and position that he took was based on his understanding of the divine teachings, not on the basis of his organization or personal thinking. Some people call it a hard approach, uncompromising and and unyielding, but truth is always uncompromising and unyielding.

Some people would say that he pioneered interfaith dialogue, yet it was the outcome of his understanding of the Quran, an idea that people are still reluctant to accept as a genuine Quranic message. Only recently, while I was speaking at a seminar in a major university in India, a professor, seasoned in his Islamic studies described the interfaith movement a conspiracy of Christians and Jews to make Islam ineffective. Had he learned the methodology of comprehending the divine message from Dr. Maher Hathout, he would have found a better reasoning to relate with the people of our faith.
He wanted us to come out of the mode to look everything in a conspiratorial framework. In his view, only our direct contact with the Quran would make that happen. It is this methodology that would stay with us as long as we live.

We are grateful to the Almighty for his life and contributions with full realization that even if the teacher is gone, the book is still there and the confidence he created in us to relate with it is still there. Rather than saying that may Allah bless him, it is better to say that Allah’s blessings were upon him because he was asking people to relate the blessed words of Allah. 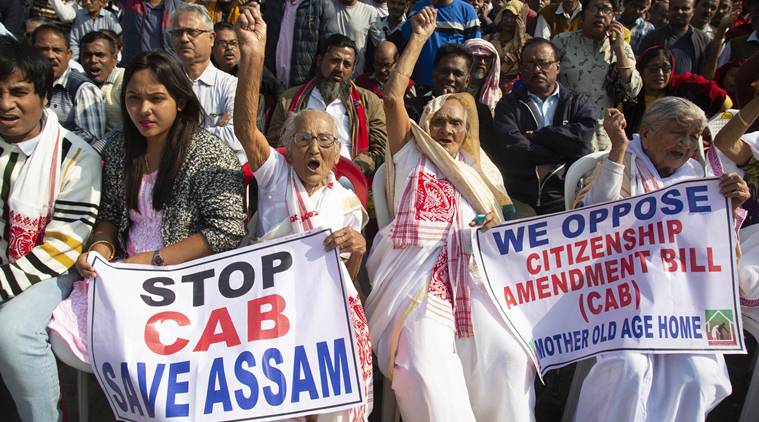