I once asked a scholar for advice on what we should be teaching our children and he immediately responded, “Adab and akhlaq (manners and etiquettes). Parents don’t emphasize these enough anymore.” He went on to define “adab” as “the appropriate action, attitude, and response in any given situation”.

Another scholar once said, “Adab beautifies everything it touches. We have Muslims who know rules and rituals; we don’t have nearly enough Muslims who know how to have adab. Sell your misbaha (prayer beads) and go buy some adab instead.”

The Prophet Muhammad (salallaahu alaihi wasallam) stated, “I have only been sent to perfect good manners.”

It was at a friend’s house that I saw copies of the books “Islamic Manners” by Shaykh Abd al-Fattah Abu Ghuddah and “How to Raise a Gentleman” by Kay West lying side by side on a coffee table.

“What are these all about?” I asked, picking up one of the books and flipping through its pages.

“That? Oh, nothing,” the mother of four boys shrugged nonchalantly. “Just making sure nothing falls through the cracks is all.”

The concept fascinated me. A systematic way of making sure that our sons are learning the proper etiquettes and manners? Sign me up!

Pooling elders and friends, I asked around to find out what they thought are some basic adab and akhlaq concepts that all children should be learning while under our tutelage and here are just some pointers we came up with…

Like me, how many moms have cringed when hugged by sons drenched in that particular stench of sweat, sunshine, and sports which seems to be specific only to growing boys? I try not to grimace when I see the state of their “holey” socks and their long fingernails, but it’s hard not to be repulsed when you’re a fastidious girly-girl like I am. Instead of nagging, I have tried to set them up for success by providing them with their own “grooming kits”. We trekked out to the local drugstore and bought nail clippers; deodorant; floss; and travel-size containers of toothpaste, soap, shampoo, cologne, and bandages. Packed in a zipped-up case, all of the boys’ grooming essentials are easily accessible whenever they are heading out the door for a sleepover at a friend’s or a weekend visit to the grandparents’ or even a two week trip overseas. We have tried to inculcate in our sons the Friday routine of showering, perfuming, and dressing neatly in their best clothes (no ripped jeans!) for Jumah (Friday) prayers, and one of the sunnahs (traditions of the Prophet Muhammad) that they follow is to clip their fingernails before leaving the house for their weekly act of worship. Having their own set of nail clippers readily available in their grooming kits ensures that I don’t ever have to hear the excuse: “Sorry, Mama! I couldn’t find the nail cutter anywhere! What was I supposed to do?”

When my older two hit the age of puberty, my husband Zeeshan sat them down and talked to each of them about the fiqh (Islamic jurisprudence) behind ritual cleaning and purification. He provided them with clippers and razors and instructed them in their use, explaining how they were supposed to groom themselves as young men from now on. Mothers of girls have told me that they have demonstrated for their daughters how to dispose of sanitary pads in as discreet a manner as possible, wrapping them up in layers of toilet paper before tucking them deep into trash cans so that they are not visible to the next person who comes to throw something away. Back when our sons were first becoming independent, I taught them how to do istinja (the ritual washing of private parts after using the restroom), showing them how they needed to use their left hands to clean themselves and then firmly cautioning them against touching the toilet flush or sink faucet with anything but the dry right hand afterwards. One girlfriend recently shared that her mother taught her and her sister that part of good manners entailed leaving the istinja can full of water for the next person. Just one more etiquette I’m going to add to my checklist from now on!

2) Being a Good Guest

When my older two were younger, I would do a quick review with them before they left us to spend the night at anyone else’s house. (I still follow this routine with my 11-year-old by the way.) I tried to keep my instructions short and simple so that they weren’t overwhelmed, but there were quite a few basic instructions that I made sure to drill into them over the years.

Years ago, my boys had a friend over with whom they were playing Hide-and-Seek all over the house, running upstairs and downstairs. At some point during the game, Shaan came running into my bedroom with his friend Yusuf following closely behind — except that Yusuf came to a screeching halt at my bedroom door as if he had just slammed into an invisible force field. “You have to come out and play in the loft, Shaan!” he called to my son while holding onto the door frame with both hands. “I’m not allowed to go into parents’ bedrooms!” I remember taking note of the fact that this little boy clearly knew what was and wasn’t off-limits in other people’s homes; since then, I began talking to my kids about boundaries and respect for privacy as well.

3) Being a Gracious Host

Every now and then we have friends and relatives come to visit with whom my children may or may not be familiar. Before their arrival, Zeeshan and I make sure to give the kids some background information about the guests and suggest some topics for conversation. I once overheard someone trying to make friendly conversation with my son where he (my son) would respond with polite but short answers that didn’t carry the conversation any further. I later took him aside and told him that part of being a charming conversationalist and a gracious host is making people feel important, like you’re actually interested in talking to them. “If you can’t think of a topic to discuss, just ask polite questions that show that you’re genuinely interested in getting to know them,” I said. “Don’t be nosey. Be sincere. If nothing else, just ask them what they think of California.”

Being shy isn’t an excuse that any of my friends have allowed their children to use to get out of greeting elders and guests. Modesty and shyness is part of our religion and no one should be forcing kids to be anything they’re not, but saying salaams (greetings of peace) is a non-negotiable for most families who are teaching their kids manners. I have noticed that the children with the most impeccable adab always say “Assalaamu alaikum” (peace be upon you) and “Walaikum as salaam” (and upon you be peace) instead of the generic “Hi!” and “Hello” when greeting fellow Muslims. They are also quick to jump up and offer their seats to elders.

4) Being a Kind and Considerate Friend

As parents, it is our job to teach our kids how to be a good friend and how to fulfill the rights their friends actually have over them. Part of learning manners and etiquettes is knowing that you are never allowed to backbite your buddies (i.e. saying that in their absence which they wouldn’t like to hear in their presence), that you must always return any items you’ve borrowed in exactly the condition you received them in (and replace/compensate for anything that is broken or lost), and that you must be willing to pick up the phone and call with your congratulations when someone dear to you receives good news and with your condolences when someone is dealing with bad news.

A cousin recently told me how touched she was when her eldest son’s good friend called to give the whole family his heartiest congratulations upon hearing that his friend had been accepted into a prestigious university. A few years ago, we had a health scare and were worried about the upcoming test results for one of our sons; tears sprang to my eyes when my son’s friend telephoned to wish him the best and to reassure him that all would be well, insha’Allah. (It was, alhamdulillah.)

We teach our kids that adab entails having a healthy, sensitive understanding of how people around you are feeling and then responding appropriately to those feelings.

5) Being a Model Student

When my son began attending public high school, he was startled by how different the rules of engagement between teachers and students seemed to be when compared to the adab he was expected to have with his mentors in all the years of homeschooling prior. Giving up your seat for seniors, helping them carry heavy items, greeting elders first, and not interrupting or talking back are all givens. In an Islamic learning environment, however, our adab goes to another level. Many of my friends have taught their kids the subtleties of sitting in front of scholars and teachers. They are cautioned against ever pointing their feet towards their instructors and are instructed to always have a pen and notebook ready for note-taking. No one should be sitting around with a glazed look in their eyes while a speaker drones on; that is considered to be the height of disrespect. Muslim students also do not make jokes at the expense of their teachers and wait until the end of a lecture to ask their questions.

What I have found, however, is that all the books and discussions and checklists are pointless unless manners and etiquettes are actually actively being modeled for our young ones. Kids are like sponges, soaking up everything around them. When squeezed, whatever is inside comes gushing out. There’s a reason why people say “His/her parents raised him/her well” when commenting on someone’s refined behavior. It is up to us parents to rise to the occasion and be whatever we want our kids to be, insha’Allah. In the process of trying to prepare the next generation to be more considerate and compassionate than the dominant culture around them, it’s quite possible that we’ll improve our own worlds as well. May Allah (subhana wa ta’ala) grant us all success! Aameen (amen). 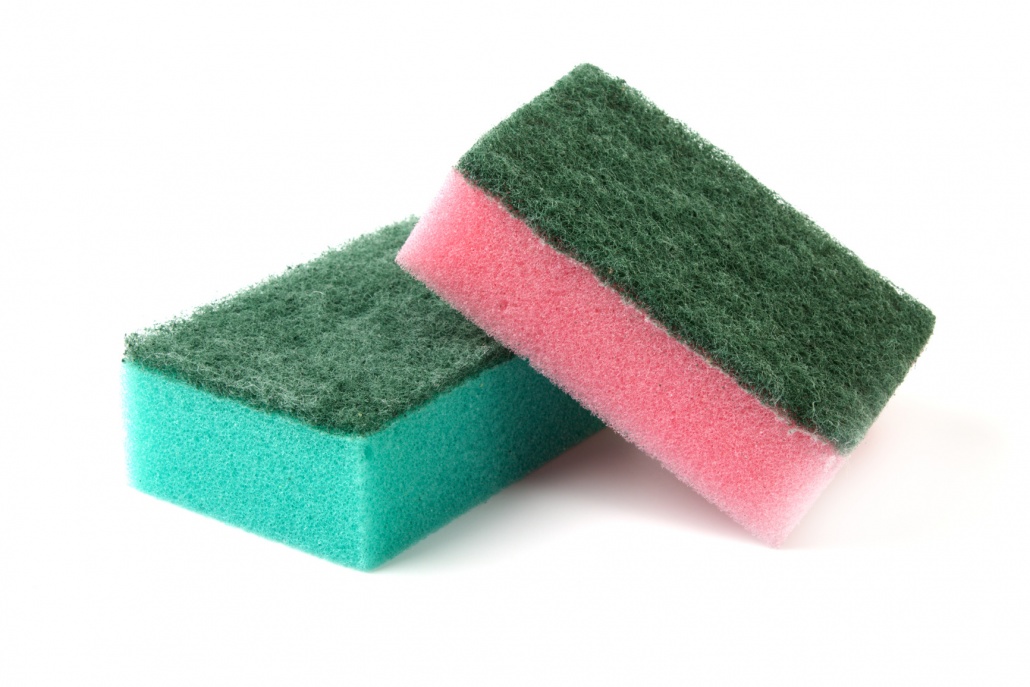 For Fourth Year Arabs Nationwide Reach Out to Neighboring Communities

The demons of dementia
Scroll to top